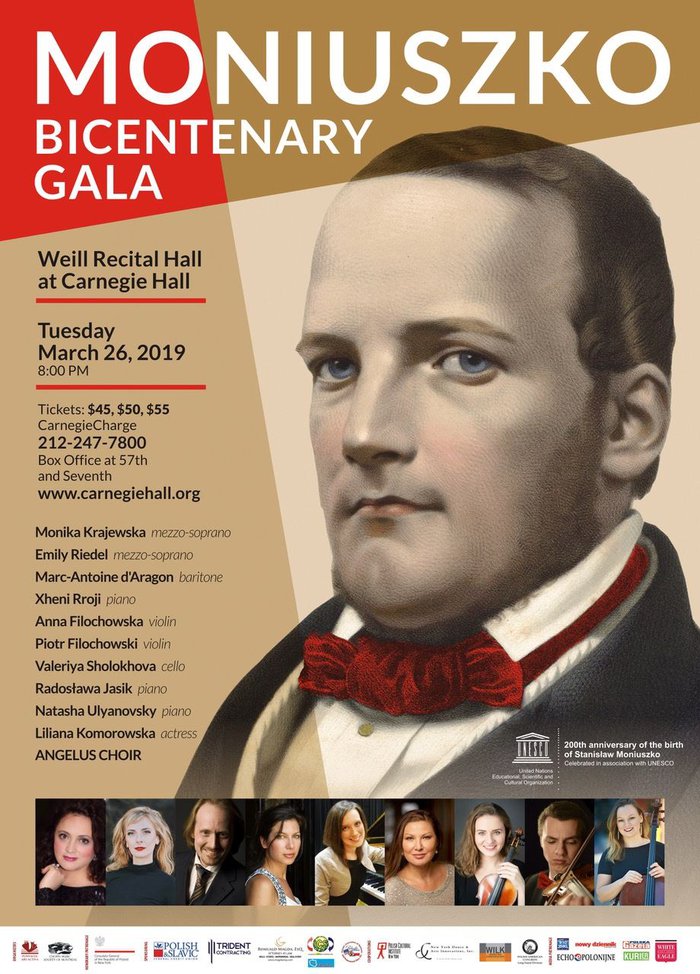 The Consulate General of the Republic of Poland in New York and Ars Activa Foundation cordially invite you to The Moniuszko Bicentenary Gala to be held on Tuesday March 26th, 2019 at 8 PM, Weil Hall, Carnegie Hall.

The Polish Government has declared 2019 the Year of Stanisław Moniuszko, the father of Polish opera.

It is an effort not only to 'shed light on the life and rich legacy of the exceptional conmposer', but also to show 'to Poles a patriotic attitude and the need amongst artists to draw inspiration from the Polish culture' (Polish Senate Resolution).

The concert in Carnegie Hall will showcase some of the most beloved songs and opera arias of the composer, as well as his String Quartet in D minor, virtuoso piano paraphrases of his songs, choir pieces, and the World Premiere of Crimean Sonnets by composer Norbert Palej to the words of Adam Mickiewicz.

The concert in Carnegie Hall will inaugurate the Moniuszko celebrations in the United States.

The concert will be hosted by Polish actress Liliana Komorowska.

String Quartet No. 1 in D minor

Arias from the operas The Haunted Manor and Halka

HENRYK WIENIAWSKI - Polonaise in A major