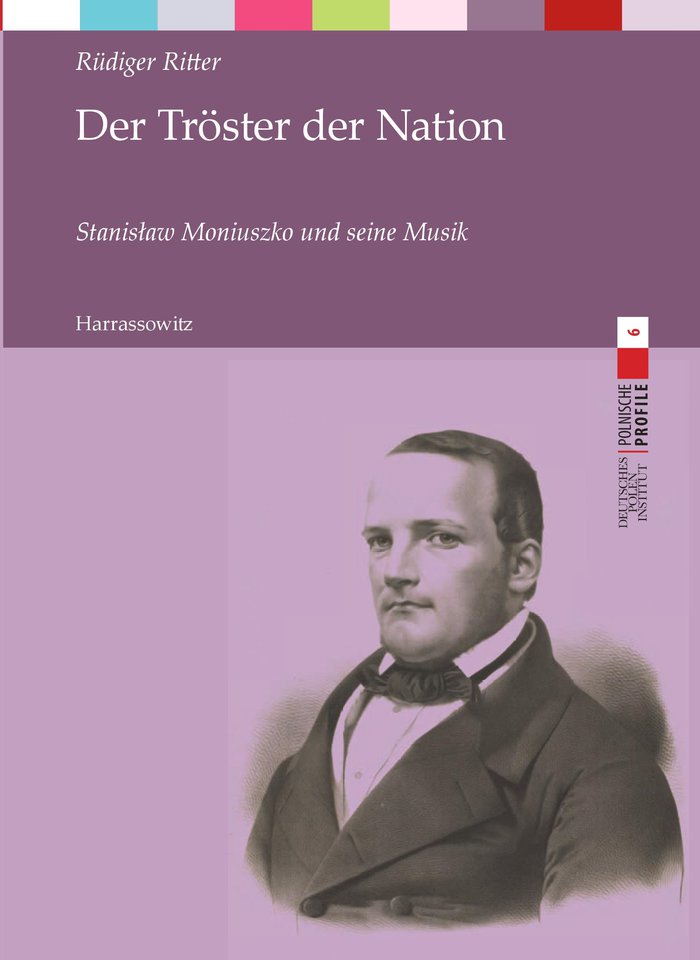 On the initiative of the Deutsches Polen-Institut, the Harrassowitz publishing house has just released Professor's Rüdiger Ritter's Der Tröster der Nation. Stanisław Moniuszko und seine Musik [The comforter of the nation. Stanisław Moniuszko and his music], the first German-language biography of the composer. The valuable publication sheds ample light on Moniuszko's life and work, placing it in a broad historical context.

Rüdiger Ritter is a historian and musicologist. In his work he focuses on the work of Stanisław Moniuszko (he wrote his PhD on the subject, later published as a book) as well as Polish and Lithuanian national music, and the reception of jazz in the countries of the former Soviet bloc. He is a member of the Moniuszko Bicentenary Honorary Board.

For more information about the book visit the website of visit the Deutsches Polen-Institut.