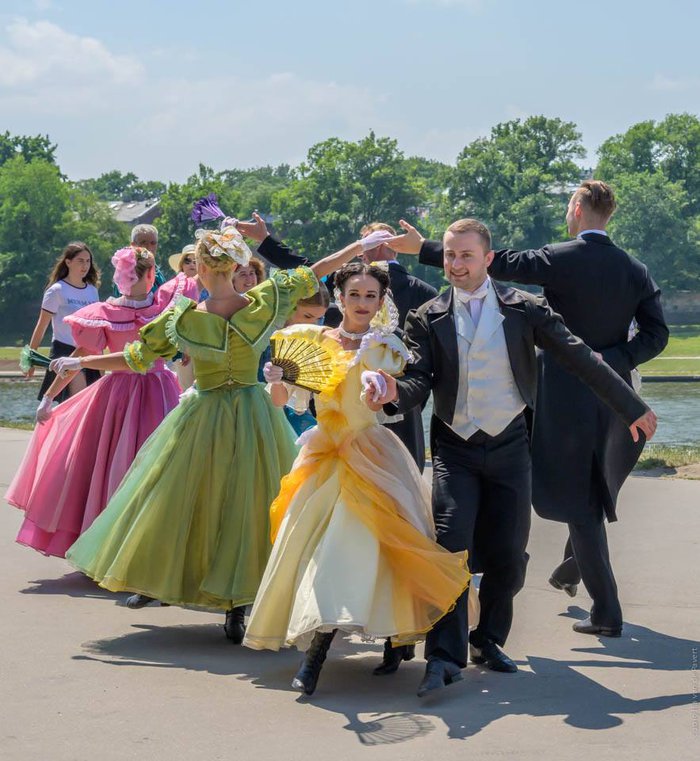 With three editions of Cracovia Danza: Ballet in the City under their belt, this year Cracovia Danza centred its annual happening series on Stanisław Moniuszko's links to Kraków, which although not particularly strong, were vital. Moniuszko's music was performed in Kraków, the composer conducted concerts there, he also drew inspiration from the city which made a strong impression on him, as can be gleaned from his letters. The Jagiellonian Library's treasury holds the composer's manuscripts, mostly his songs as well as fragments of the opera Verbum nobile. One of the city's streets is also named for the composer.

Moniuszko visited Kraków twice. In 1858 he stopped for a few days in the former Polish capital on his way to Prague, Germany and Paris. While in the city, he met Ambroży Grabowski, Józef Kremer and Lucjan Siemieński. He also went sightseeing. His visit to the Wawel complex, where he saw the cathedral and royal tombs, as well as other places of historical importance to Poles, inspired his opera Rokiczana about king Casimir III the Great to a libretto by Józef Korzeniowski, which Moniuszko never finished.

His second stay in Kraków took place at the turn of 1866 and 1867, and lasted a month during a seven-date run of his most famous opera, Halka. On 18 January 1867 Kraków audience was also treated to Moniuszko's Verbum nobile. In January the composer conducted three concerts of his music featuring the cantata Widma (Phantoms) and the fantastic overture Bajka (Fairytale).

The last in the series of Cracovia Danza happenings took place at the foot of Wawel.